The last two decades have brought not only democracy and a new country but also a lot of new construction both residential and commercial. There have also been fierce debates about what is being built.. While it is less common today see Cinderella inspired chateau villas there is still the general notion that contemporary Czech architecture is not particularly tasteful. Maybe as a reaction to the stuffiness and aesthetic confusion of the 90’s young Czechs most often prefer “minimalism” a style in fact older than their grandparents..The prevailng inclination towards “minimalism” often translates to slightly sterile contemporary interiors from a big manufacturer. 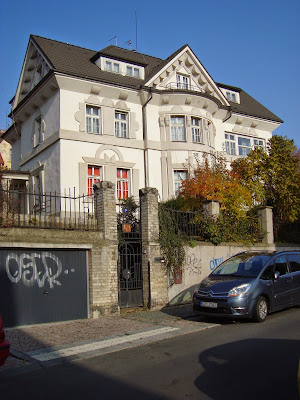 
The debate about design aesthetics has been part of Czech society since the founding of the country right after WWI. Although the interwar period is most seen from a functionalist/Bauhaus perspective there were other styles of building as well.
A specifically Czechoslovak style was Rondo-Cubism also known as the National style or Czech Art deco and is based on circles, semi circles and rounded ornamentation. As a result it has also been referred to as croissant art deco. 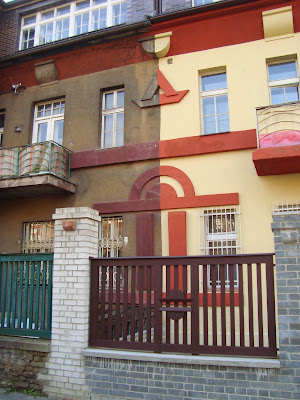 This style is a softer version of cubism  and art deco. Originally conceived as an architectural expression of the newly established Czechoslovakia, it was meant to be a style which would give the new country an aesthetic identity.


In part the crispness of   rondo-cubism and art deco was a reaction to the loose organic forms of art Nouveau which was beginning to be seriously outdated by the end of the Great War. Both art Nouveau a and art deco though often drew inspiration from nature or the far East, which is most often seen in the applied arts. 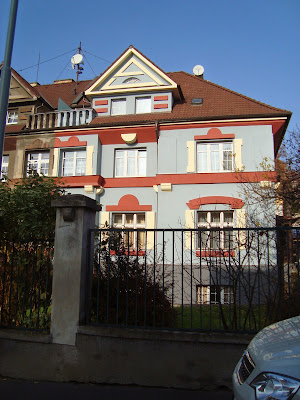 One of the few houses with the tricolor scheme.


The   two main advocates of rondo cubism were architects Josef Gočár and Pavel Janák who looked to old folk architecture for inspiration. The style was meant for the masses of the new country in contrast to art deco which sought to present glamour and sophistication to the urban elite. It is therefore not very common to see items of everyday use made in this style. Although not very popular with architectural establishment of the day who saw the style as somewhat vernacular   it was popular with the public in the interwar period .Evidence are middle class villas and  some apartment houses in bigger towns and in Prague. 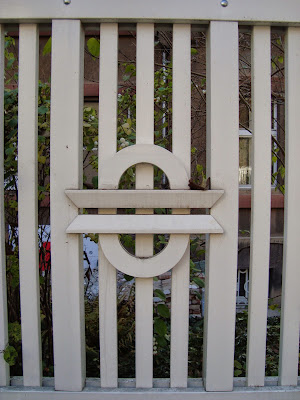 The detail of an original  wooden fence.


Right after WWI Gočár and Janák were able to secure commissions from state institutions which was crucial in introducing the style to the wider public. To further emphasize  the patriotic nature of rondo –cubism  they  intended for all rondo-cubist  public building to be painted in the Czechoslovak national colors of red blue and white  a combinational that works surprisingly well and gives the facades a three dimensional aspect. The Legions Bank or the Adria Palace in Prague are the best known examples.

Over the last few years there has been growing interest and scholarship in rondo-cubism as many of the buildings are being repaired though few have kept the original tricolor facades. A good eye and a stroll from Vinohrady to  Vršovice  will give those interested an opportunity to become more familiar this art- deco offshoot.
I often wonder what architectural style the post communist Czech Republic will be remembered for.

P.S –My photographic skills are not the BEST.