For most of us communist architecture brings to mind tall gray housing estates on the edges of Eastern European cities. Some of us have lived in them, some of us have run away from them and others have done everything possible not to even come near them. These much hated   panel towers built mostly in 70’sand 80’s started with a good idea  but ended up being referred to  as “modernism on the cheap” or brutalism and have  become the  symbols of their  times. Paneláky though are not the only architectural legacy of communism.


For a short period starting with the communist takeover in 1948 till the mid 50’s there was a much more aesthetic and decorative style of building which is known today as Sorela indicating Socialist realism.

While Socialist realism influenced all forms of creativity from film to literature to painting, its architectural manifestation was quite unique. Sometimes also referred to  as “Stalin’s Baroque” it came into prominence in the Soviet Union of the 1930's  and was characterized by a pastiche of different historical styles. Like any other regime the communists wanted to introduce something new as well as demonstrate a certain historical continuity to emphasize their legitimacy. A basic characteristic was an aspect of monumentalism typical for the architecture of all totalitarian regimes, in this case it is very similar to its competitor -Nazi architecture.


Czechoslovakia saw relatively few big scale Sorela buildings  as it was used predominantly in places which had suffered a lot of wartime bombing such as the former GDR or Warsaw. In Prague, the prime example is Hotel Internacionál in Dejvice built to resemble the Lomonosov Moscow State University which itself has something of the Empire State Building. Despite it’s over imposing façade, the interiors of Hotel Internacionál showcased some of the best craftsmanship of the period in glassmaking, furniture design or metal work. Most other examples are public buildings such as “houses of culture”, war memorials or embassies.


Sorela was used mainly in the construction of housing estates such as in Karviná or Ostrava,cities with a dire housing shortage. Contrary to popular belief these housing estates were well planned and were something of a novelty in urban planning. To start with most of the apartment houses were 3 to 5 storeys high making them quite livable. They were also built of brick unlike the panel blocks of later years .Further, all the units has all the mod cons of the period such as central heating but also dedicated laundry rooms and storage space in every building. There was also much thought given to sports and leisure activities which included playgrounds, sitting areas as well as abundant greenery.

To symbolize a new beginning or the postwar rebirth of society  Sorela  looked at  the renaissance and brought back  sgraffiti which unlike their Italian predecessors did not portray maidens or mythical creatures but featured scenes of the victorious Soviet liberators, tanks and  factory workers. These sgraffiti were most often red or brown, the former being a popular soviet color. In a similar vein classical columns decorated the facades of workers houses along with porticos, decorative balconies and neo –baroques elements. Much of this was reminiscent of the second half of the 19th century before the predominance of art nouveau, when Europe did not have a unified architectural language and turned to revival styles. Another local element which was reused by the architects of the early 1950’s were house signs which adorn many historical buildings in  Prague .These new signs often illustrate flowers, sports  or zodiac signs. Much of the decoration was meant to convey optimism and joy in the new communist state while dissidents were being sent to work in coal mines not far away. 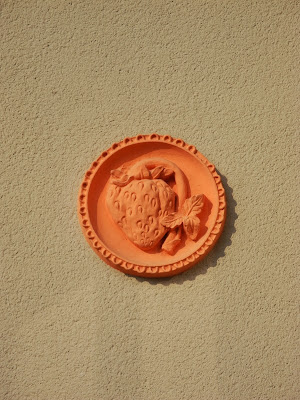 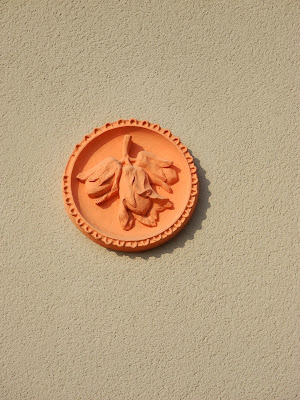 By the mid 1950’s Stalin had died and frivolous decoration began to be seen as unnecessary. Czechoslovak design would then be channeled into the Brussels Expo 58 and the applied arts of the 1960’s.