Jiřík has finally made it to the Rudolfinum. He has come of age as a man and an artist. Last week I got an invitation for the opening of Jiří Černický / Divoký sny.As I have written before, the Rudolfinum which has become the pinnacle of artistic acknowledgement within the relatively small local artistic community. Having known Jirka for over 20 years I was quite curious to what he has now evolved into. 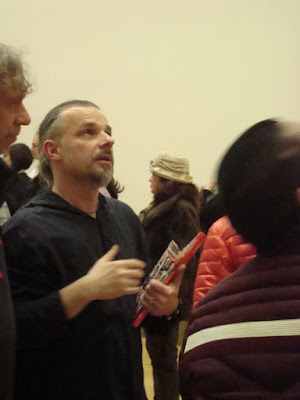 His artistic path started under communism when he enrolled to become teach Czech and art teacher which at the time also took him to study in the Soviet Union for a short while. He later dropped out and   was eventually accepted to the Academy of Fine Arts in Prague. It was there that he met his wife artist Míša who has been his long suffering supporter ever since. As is often the case though he has mellowed with age and maybe even with his children. 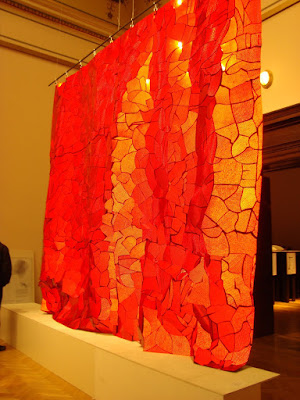 Travel has always played an important part in his of his work which was evident in numerous pieces is his biggest show to date.
One of his most audacious adventures was to hitchhike from Europe to Ethiopia and back through parts of West Africa and the Sahara home. In the very early 90’s when most Czechs still mourned restricted access to Croatia due to the civil war and thought that shopping in Polish border towns was the way to go Jiří really was an explorer or unchartered lands.
Politics, dissent and anti-globalism of course have been mainstay of his louvre; he is of course a self-respecting contemporary artist. Conceptualism has been a guiding force. 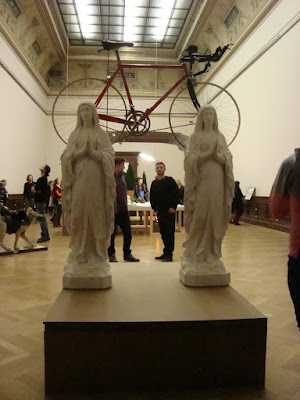 This time George has morphed into the philosopher inventor, a sage of the world around us. While bringing up environmentalism or overpopulation in an engaging way he also make the viewer think of things we come across every day.
The exhibition is very humorous with stuffed wolves and spinning halo Madonnas   and acrylic walls which comes to show that the artist has matured with a tad of fun.He has come to conform to our  notion of  ageing rebel. 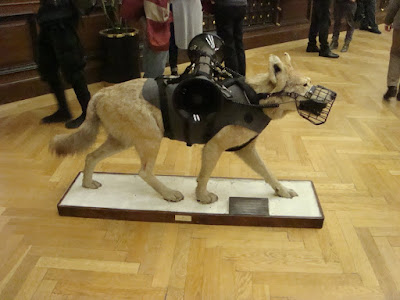